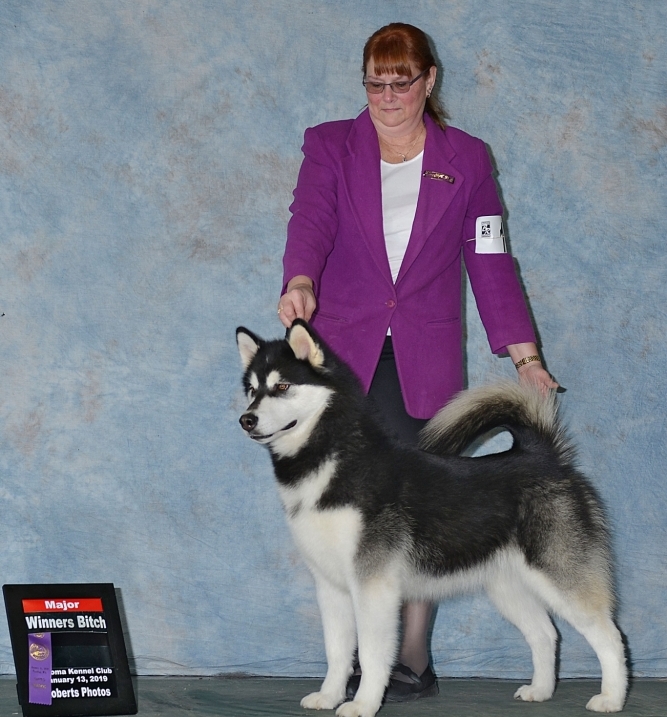 Eleanor is growing up nicely. The first time in the show ring she wins Best of Opposite Puppy in Sweepstakes at our local Specialty.

We are very proud of her and what an amazing girl. 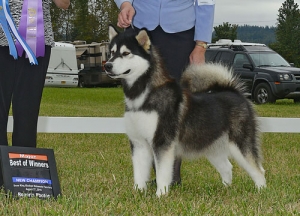 Alex’s nickname “the honey badger”, she was a singleton puppy and very positive dog. We love her working attitude. After Alex finished her AKC championship, she started doing Barn Hunt with her mom, Andi.

Alex loves to hike, she will hike any trail in any condition with confidence.

Alex has taken time off to be a mom and is doing a great job. She will be back out to finish her Grand Championship and continue to play in Barn Hunt. 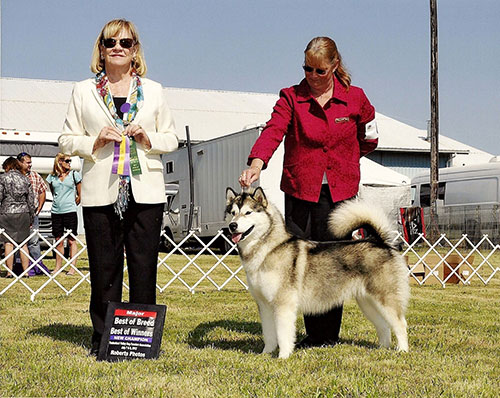 Andi is an awesome dog she loves new things, she has accomplished many things and keeps on adding titles to her name.

Andi finished her American Championship by going Best of Breed over specials for her 4th major in 2012. She continues to add titles to her name. She picked up her Grand Champion title the summer of 2015 and in November 2015 her Canadian Championship, she loves to show put standing still is not her bag. She is a mover. Andi earned her Canine Good Citizen at our National in 2014 in San Diego.

Andi starting her packing title in eastern Washington with her daughter Alex. For her last leg of her title we had a water crossing which the first time she thought swimming a crossed with a full pack was a way better idea. We did learn to pack treats in sealed plastic bags. Not only did she earn her Working Pack Dog title she was also awarded the Serviceable Alaskan Malamute, from the Alaskan Malamute Club of America in 2014.

Andi’s first time in the ring at 7 months of age she knew exactly what to do. Andi received Best Puppy in Specialty and Best of Winners.
Now that Andi is retired from the show ring, she has picked up several agility titles and her favorite game is Barn Hunt which is hunting rats. Barn Hunt is a new event for dogs, check it out. THEY LOVE IT.

Keep checking back to see what else Andi has been up to. 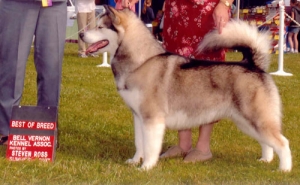 Sophie was by BIS BISS Am/Can CH WILLIWAW’S RIVER DANCE and out of AKAILA’S WARRIOR PRINCESS.

At 7 months of age, Sophie won big by going Best of winners for a 5 point major at the Snow King Alaskan Malamute Fanciers Specialty August of 2003. September of 2003, at 8 months Sophie was half way to her Championship.

Finishing at 2 years and her first time in the ring as a Champion, Sophie won Best of Breed over 6 specials. WOW!!!!

After being a mom for 4 months, Sophie came out as a Special for a short time and did very well. She picked up Multiple Best of Breeds and Best of Opposites. 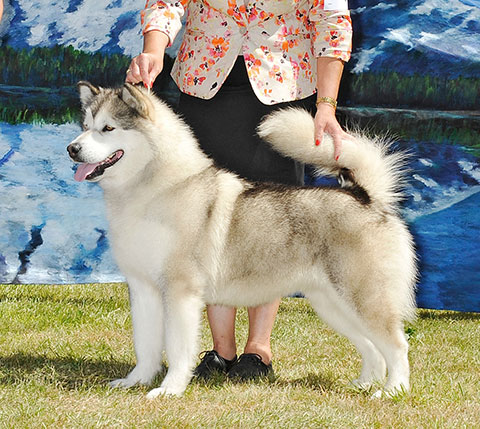 Dani was a great young Special. She has multiple Best of Breeds, Best of Opposites, and Awards of Merit at Specialties.

Dani took the show ring by storm. At 7 months Dani picked up her 3rd point and it was only her 3rd time in the ring. At 11 months she only needing a 3 point major to finish her AKC Championship.

She loved the ring and made the judges smile. She finished her championship January 2009 at the Cameo Specialty and also received an Award of Merit. 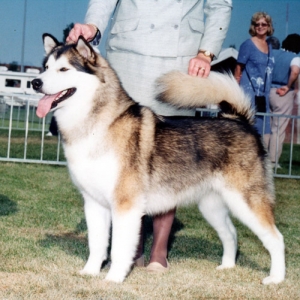 Sara is our first home bred champion. She finished her AKC Championship with back to back 5 point majors from the Bred by Exhibitor class and in took only one weekend to get her Canadian championship.

After Sara was retired from the show ring she took on something new. At the age of seven she earned her Rally Novice title in just 2 weekends. At age nine, Sara thougth that she would try the Veterans class and did well by going Best of Opposite Sex from the Veterans class at the Cameo Specialty January 2007. 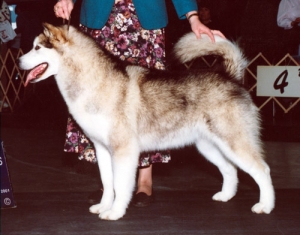 An outstanding puppy, Xena was Best Junior Puppy at the 1999 Alaskan Malamute Club of America National Specialty. Now 4 years of age, she will take time off from the show ring to raise her kids, “Bart and Sophie”. 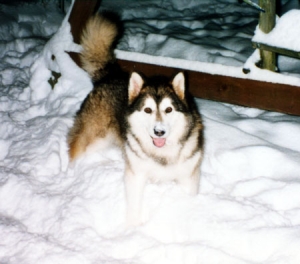 Kaila Loo was our introduction to the breed. She was a fun girl, loved to go the beach and run in the surf. WOW Malamutes do love the water we said. Kaila also loved the and to go cross country skiing. She was a great part of our family, she helped raise Apache our 2nd malamute. She was the Queen of the yard. 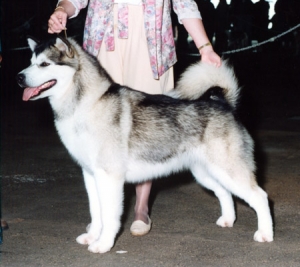 Laci was by Am/Can CH BRAEMAL’S ALYESKA TUAQ and out of SNOWTIP’S WILLIWAW WINDANCE. She finished her championship before the age of 2 years.